So I participated in the CGMA concept art competition for Signs of the Zodiac. I created the following concept for Pisces since it is one of my cusp signs. However, they never selected my concept to submissions gallery so I assume something went wrong during my submissions process. At least I get to post this online now.

My original Ideas was to have an angler fish looking creature who uses a female looking "bait". In this case I incorporated a mermaid figure who is connected to the fish creature. I was thinking that it would swim like a sea horse in a slow, aimless manner. The Mermaid would surface occasionally, luring men only to have them be eaten by her counterpart.

I have been asked how the creature would defecate and that is a great question. Perhaps all the digestive tracts are separate but then converges at the end of the mermaid where the tail fin is and is released the way a fish typically does. Ah well, I'd like to hear what you think about it. 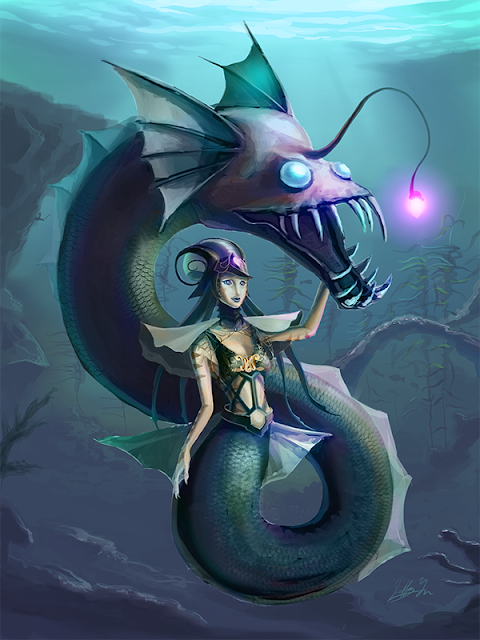