Design for the default Skarrd faction logo. The other subfaction logos will be based on the theme aesthetic.

The Skarrd from Dark Age the miniature game is a human faction comprised of tribes of mutant like beings. The men who end up lost in the Samarian deserts often go crazy from isolation or exposure to pollutants and extreme environmental conditions. Many see physical changes to their bodies while others develop strange powers similar to psionics. Once man, a fully turned skarrd are only shadows of what they once were, their minds shattered and body broken. Those with powers become leader of the scattered Skarrd tribes, each tribe is separated by distinct abilities unique to each subfaction. Despite their differences and infighting, they are collectively known as the Skarrd, borne from the chaos of Samaria. 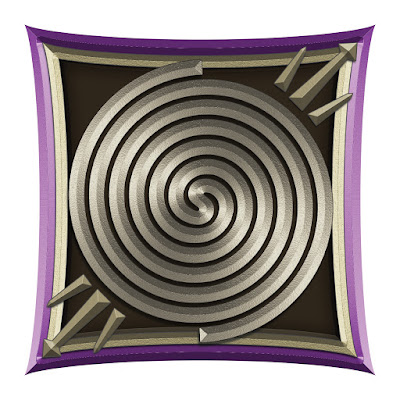 Posted by jeffyuart at 4:01 PM