Hey Everyone, here is another graffiti design I created for the We Exist Game environment. The file will be used as a png so that its transparency will prevent the background from showing in the game world when applied as a decal. 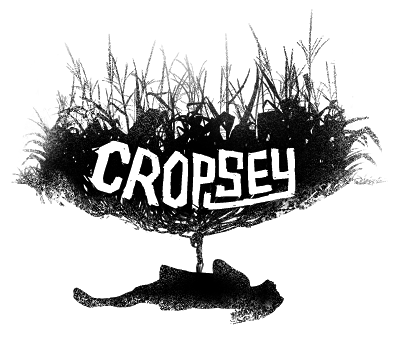 The name Cropsey will have great significance in the game, but that is the most I can say without revealing too much about the game ; ) But the design of the graffiti says a lot. There is a play on words between the body on the ground (corpse) and Cropsey which sounds similar when letters from each word is rearranged. The plants flowing from the body then forms the other segement of the play on words for the term "Crops". I just though the silhouette was interesting to look at, and the story tie in to be an added bonus.

Posted by jeffyuart at 4:18 AM