Today we have, as Bryan Steele calls them, murder-bots from the Samaria wastelands. The CORE were mechanized helpers created by the United Worlds before the apocalyptic event and has since evolved to be self sufficient by hunting for biomatter to fuel its reserves. The back bone of the CORE faction are the menial bots who fight in the front lines as scouts to locate potential targets ripe for the harvesting.

I started with a sketch similar to the power-loader that Ellen Ripley used in Alien as reference and build on top of that. The Borderlands bots also had some influence in the design. 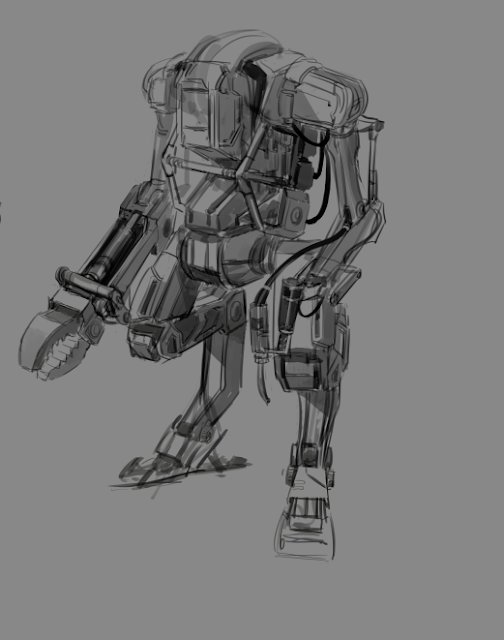 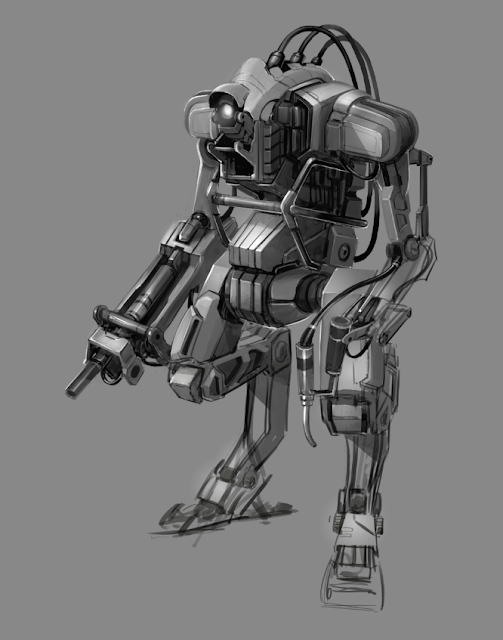 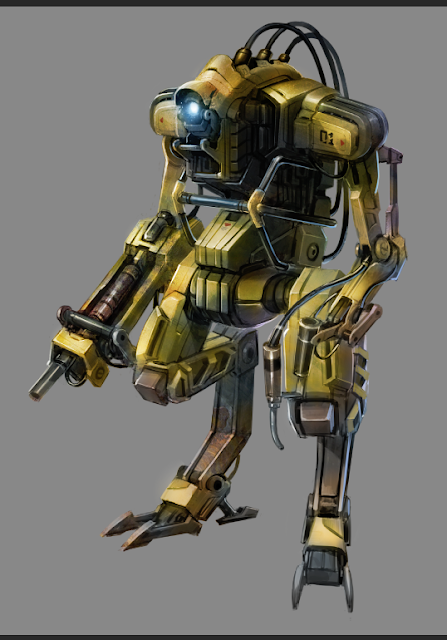 Posted by jeffyuart at 5:58 PM