This year we revealed the Earth Caste as a new sub-faction for the Dragyri from the Dark Age miniature game. Click the image below to learn more. 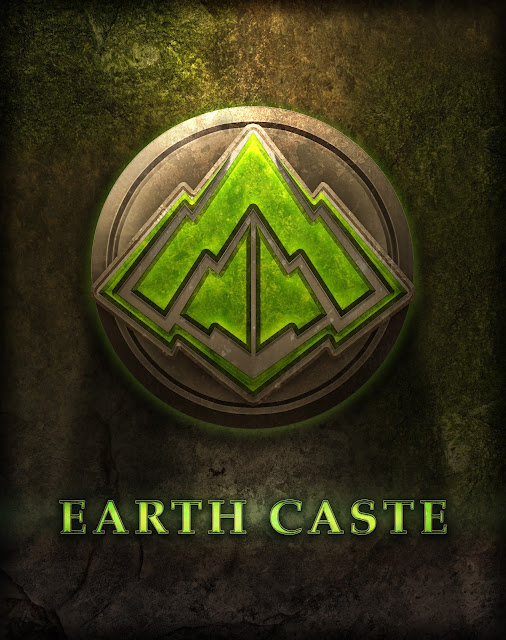 For the project, I designed the Earth Caste faction logo as well as the type treatment for the cover. I used the mountain motif for the icon, and some of the positive negative shape forms the Chinese character for the word mountain. The lighting was super fun to play with, the Chiaroscuro effect turned out looking really neat.

The Earth Caste units train in styles similar to Eastern Chinese martial arts. They emphasize strong, balanced, deliberate movements to push or knock down their foes. Their stable stances and use of psychogenic powers make them more resilient in combat, granting them the ability to resist various attacks that can re-position them. Slow and steady wins the race, and with their grit and determination, they can overcome any mountain in their way.

Posted by jeffyuart at 1:38 AM